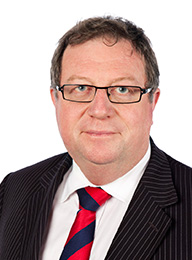 Stephen Coleman, currently the Assistant Director, Professional Standards Unit with the Anglican Church, Diocese of Sydney, was born in Camperdown, NSW in 1958.  His previous life was as a barrister in Frederick Jordan Chambers and Queen’s Square Chambers in Sydney, and as a bursar in Christian schools before that.  In his current role he is a solicitor.  He is married to Jonetta (Joni) and is father to three children and has five grandchildren.

Stephen lives with Joni in Blaxland East in the Blue Mountains (mostly), and they relocate to Point Clare on the Central Coast in NSW (when circumstances permit it), attending Lower Mountains Anglican Parish at Glenbrook and Gosford Presbyterian Church when away at Point Clare.

He has a Master of Laws LLM (Hons) (UTS) 1996, a Dip Law (BAB) 1991, is a Professional member of the Resolution Institute, and has continuously been in legal practice since 1998.

Stephen’s father was a faithful minister of the Gospel, so he has known who Jesus is and what he offered from infancy. Stephen was convicted of his need for Christ and publicly accepted the offer of salvation at the 1968 Billy Graham Crusade in Sydney. Stephen is the eldest of six siblings (all Christians). His mother lives at Wamberal on the Central Coast and attends the Central Coast Evangelical Church. Stephen’s walk has been the struggle heavenward, aided and guided by Jesus through his Spirit that Christian experienced in Pilgrims Progress, and it continues to be so.

When a barrister, Stephen also acted as an Adjudicator in matters involving alleged abuse by church workers, and now as a member of the PSU Stephen is tasked with assisting the Director to administer the Ministry Standards Ordinance, ensuring that church members and the vulnerable are served well by their ministry workers and that any misconduct is appropriately addressed. This involves considerations of legal and ethical practice, and occasionally requires the use of past experience in industrial law, corporations law and work health and safety. These areas of the law (at least!) remain of interest and are still areas in which Stephen practices, although as a corporate practitioner…

Stephen also has an interest in shortwave amateur radio and propagation, and holds an Amateur Operators Certificate of Proficiency (Advanced) – his call-sign is VK2ASC.  This interest is what originally led him to (then) HCJB. He is particularly interested in AM and SSB operations and to that end operates and maintains a number of vintage valve (tube) transmitters, receivers and transceivers, including an old AWA BTM P5 broadcast transmitter originally meant for the medium wave broadcast band which is being re-purposed for 160 metres. Stephen is a member of the Wireless Institute of Australia, Amateur Radio NSW, the Amateur Radio Relay League (USA) and ARMS – the Amateur Radio Missionary Service.

Stephen previously served on the Board of Reach Beyond for six consecutive years from November 2014 and is delighted to serve on the Board again where he can put to use his skills and interests in radio, together with his legal background and love for Jesus and the gospel.